The old town of Rethymnon 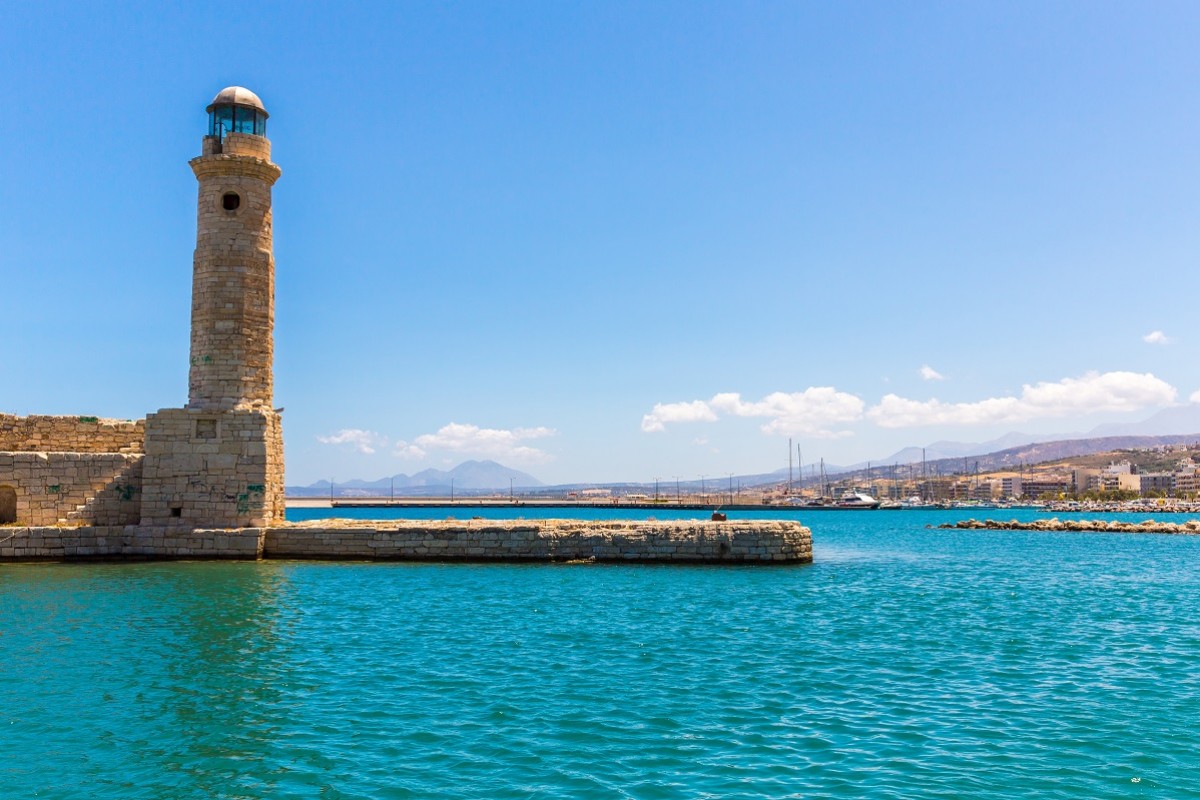 The old town of Rethymnon is one of the best-preserved towns of the Renaissance on Crete. Lying in the heart of modern Rethymnon, it combines the oriental features of the Turkish period with Renaissance-style Venetian architecture. After the Venetian conquest of Crete (1204), the town of Rethymnon was built according to the rules of Venetian architecture. The original artisans were Venetians, but they were later replaced by the Cretan ‘Murari’ who where Venetian-trained master builders. The layout of Rethymnon is directly linked to the sea, with the main Venetian street, the Ruga Maistra (today's coastal Venizelou Avenue) running parallel to the sea. Completely opposite on what is happening in Heraklion and Chania, where the town is closed to the sea for reasons of defence and the main street is at right angles to the coast. The private mansions of Rethymnon are not as impressive as those of Venice, mainly for financial reasons. Furthermore, the strong traditions of Cretan architecture could not be overcome, and Renaissance influences are most apparent on building facades. Finally, as opposed to Heraklion and Chania, Greek features are predominant in Rethymnon because most nobles were Greeks, known as "Archondoromeoi" (noble "Romans", inhabitants of the Eastern Roman Empire). Many buildings with gothic features were lost in the destruction of the town by Ulu Ali in 1571, while Rethymnon was rebuilt almost in its entirety in the third quarter of the 16th century. Many fine examples of Turkish architecture are preserved scattered around the narrow streets of the old town.

Their main feature is the heavy use of wood. Building styles changed during the years of the Turkish occupation (1646-1898) and the dressed stone of the Venetians was replaced by a wooden frame filled with rubble and mud (bagdati). The walls were then thickly plastered. The upper storey almost always projects out over the street (sahnisi) and is faced with wood, often with kafasoto latticework. In Rethymnon the Turks made full use of the existing Venetian public and private buildings, which they modified according to their needs. Today the old town of Rethymnon is a living museum of monuments of past centuries. Despite the damage sustained during the Second World War, many Venetian and Turkish monuments still stand, especially as the town has not been struck by major earthquakes.

Rethymnon Old Town in the alleys of the old town

A stroll through the alleys of the old town is like travelling backwards in time. We suggest the below route around the Rethymnon old town in order to see the major highlights of the city.

We start at the Venetian Harbour of Rethymno with its fishing boats, the famous lighthouse and the tavernas with waiters inviting you to choose their establishment for lunch. The Venetian harbour is the ideal starting point for a tour of Rethymnon old town.  In a very close distance, we can find the Venetian castle of ‘Fortetsa’. Throught a small alleyway near the middle of the harbor and we come across to the Venetian Loggia. We continue straight on all the way along Paleologou Street until we reach the famous ‘Rimondi Fountain’ and Platanos Square. We carry straight on after the square, along Arabatzoglou Street, a picturesque alley of Rethymnon old town, known to locals as ‘Makri Steno’ ("The long street"). At the end of the street is the pretty church of ‘Our Lady of the Angels’.  We turn left after the church into Vernardou Street, where we will find the Historical & Folk Museum of Rethymno. If we continue down the street after a few minutes, we will see the ‘Nerantze Mosque’. After we continue along Ethnikis Andistaseos Str. to the ‘Church of St. Francis’ which is located in a small alley. We walk along Ethnikis Andistaseos Street to the ‘Porta Guora’, the Great Gate of Rethymnon.  From this point we can either turn back towards the Loggia or continue left along Gerakari Street to the Platia Heroon (Heroes' Square) and the Statue of the Unknown Soldier. We can take either Arkadiou Street (left) until we reach the Loggia, or the coast road to the left to return to the Venetian harbor.  If we take Arkadiou Street, we will admire the “Kara Musa Pasha Mosque’ at the entrance to the street. Along Arkadiou Street are some of the most beautiful Venetian Mansions and buildings of Rethymno and of Crete.

Along the Rethymnon coast street, there are many tavernas and cafeterias if you want to eat something, cool off with a soft drink or revive yourself with a famous ‘frappe’ iced coffee.