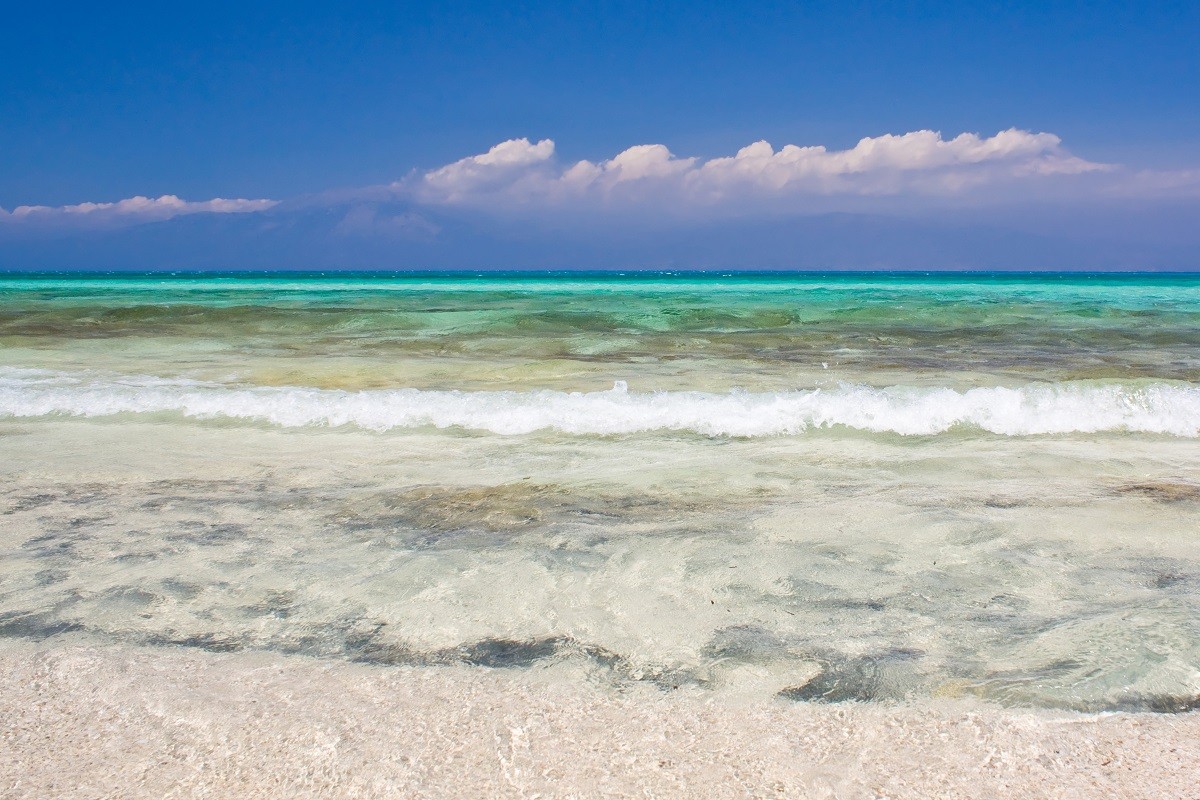 The island of Chrissi, is an island 7km long with a maximum width of 2 km, is located 8 nautical miles south of the most southern town in Europe, Ierapetra Crete.

The shores of Chrissi surrounded by the Mediterranean's Libyan Sea. From the moment a visitor comes to Chrissi island, he magnetized by the exotic natural landscape dominated by cedar, the golden sand and the light aquamarine water. The Natural images and the rhythms of nature, immediately give the visitor a newfound sense of liberation. A walk in the woods, swimming in crystal clear water combined with the soft smell of cedar and fresh oxygen, complete the holiday experience of the visitor, offering him a deep relaxation feeling that becomes unforgettable. This is the reason why Chrissi island welcomes more and more visitors from around the world every summer. The island has a small bar on the north side of the island, a small tavern on the south side, an Orthodox church of St. Nicholas, a lighthouse on the northwest side, and a house on the northeast side. The island has a large number of shells, mainly in the north, which is one of the distinguishing features of the island. For six months a year - from mid-May until late October there are timetables with small boats, departing from the ports of Ierapetra and Makrigialos, to the island on a daily basis. After an hour's trip around, the vessels approaching the southern side of the island, which is usually calmer. The exit is in the "Vougiou Eye" where there is a small pier, reception, and the tavern. Chrissi island is protected by Natura 2000 Networking Program, as an "area of intense natural beauty", and also has been designated as a wildlife refuge. The island hosts the largest naturally formed Lebanon cedar forest in Europe. The majority of trees have an average age of 200 years and average height of up to 7 meters, some of the trees are up to 300 years old and 10 meters tall. The density is approximately 28 trees per hectare. The contact with such a natural and unique environment, creates environmental awareness, but also requires respect for its natural functions.