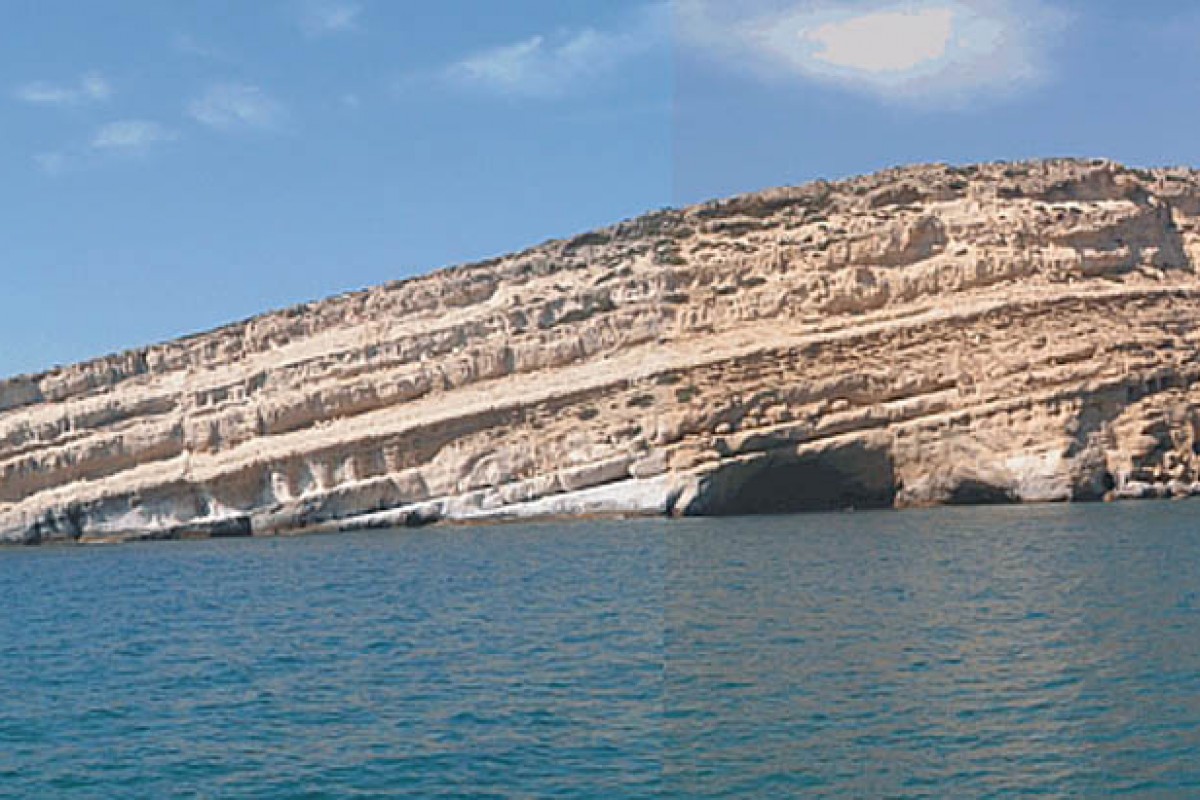 Our first stop will Gortys or Gortyna, as it is called today was one of the strongest and most ancient towns of Crete.

There is evidence of human occupation in Gortyn as far back as the Neolithic era (7000 BC). Many artifacts have been found from the Minoan period. It is referenced by Homer and Plato among the cities of Crete that were flourishing and were well fortified. Gortyn had excellent relations with Ptolemy IV of Egypt, and experienced a new period of prosperity during the Roman period. One of the first Christian temples was built here and the remains of an important Christian cathedral of Crete can still be seen today. This cathedral, dedicated to St. Titus, the first Bishop of Crete. Gortyn is known today primarily because of the Gortyn Code which is both the oldest and most complete known example of a code of ancient Greek law.

After Gortys we will visit the Palace Phaistos is second in importance only to Knossos, from the archaeological point of view. It is built on a hill (at an altitude of 100 m., approximately, above sea level), and commands the fertile plain of Kato Messara, which is surrounded by impressive mountains (Psiloritis, Asteroussia, the Lasithi mountains far away in the background). To the south lies the Libyan Sea. Phaistos, owing to its importance, is mentioned in the texts of ancient writers (Diodorus, Strabo, Pausanias), but also by Homer. According to mythology, the dynasty which ruled Phaistos was that of Rhadamanthys, son of Zeus and brother of Minos. It was a very strong, rich, populous and independent city. The state of Phaistos also disposed of two strong ports, Matala and Kommos to the southwest. The area had been inhabited since Neolithic times (3000 BC approximately). The first palace was built in approximately 1900 BC and together with the other structures around, covered an area of 18.000 sq.m. (slightly less than that of the palace of Knossos). The great earthquake which occurred around 1700 BC was the cause of its destruction, as it was of that of Knossos. In its place a new, more impressive palace was built, to which belong the greatest part of the ruins which have been restored, while several parts of the first palace have also been excavated, mainly those lying to the southwest.

Our last stop will be in Matala, only a small fishing village a few years ago, has now developed into a modern holiday center. The hollowed-out rocks with the artificial caves are the characteristic feature of the village. Some of these may possibly have been used as prehistoric dwellings while, during the 1st and 2nd centuries, they were used as tombs. Today the area is an archaeological site and has been fenced off. The beach of Matala opens like an embracing arm into the Libyan Sea.

• Many different options can be included in the basic program if requested like: The Monastery of Paliani, etc