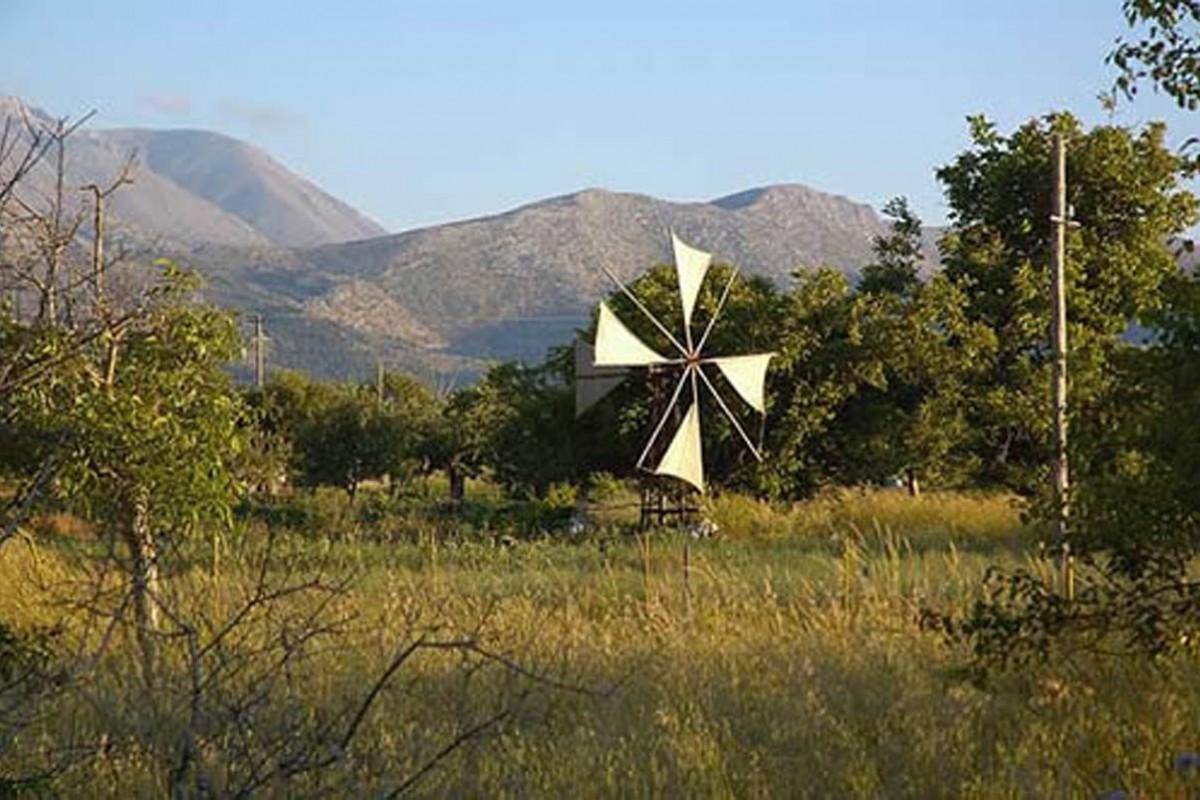 Our day will start driving towards the mainland of central Crete.

Our first stop will be in a superb setting with a beautiful view in the monastery of Panagia Kardiotissa or Kera (Lady), dedicated to the Birthday of the Holy Virgin. In the monastery is kept an icon of the “Virgin Enchained”, believed to be miraculous. We continue to the south passing through the village Pikiano, the road forks out, to the right and to the left, encircling the Lasithi plateau. The view from the high up on the road is magnificent. The picturesque windmills (the few that have remained) work regularly to water the fertile plain which covers as area of approximately 2500 hectare. During the period of Venetian rule and later under the Turkish occupation, the region was at the forefront of the resistance movement, with various uprisings starting from it.  It was also a place of refuge for those who were being hunted by the occupiers. As we continue our circle and pass through the villages, we come to Psychro, situated at an altitude of 840m. The cave of Psychro is one of the most important cult places of Minoan Crete. The use of caves as cult places was one of the basic characteristics of the religious beliefs of the ancient Cretans. Pilgrims dedicated many offerings, such as figurines of humans, gods, animals, double axes etc. The excavators and several scholars identify the cave as the famous “Diktaian Cave”, where Zeus was born and brought up with the aid of Amaltheia and the Kouretes, and which is connected with myths as this of the seer Epimenides who “slept” here, or the coupling of Zeus with Europa. As we come down from Phychro we can stop at a ceramic shop and with the help of the craftsmen we can have a small pottery lesson with no extra charge for our guests.  From Psychro the road leads east, towards the village of Tzermiado which is the largest village of the plateau. In excavated sites near the village were found Neolithic graves and Minoan structures. In particular, on the peak of Karfi, to the north of the village, a Minoan settlement was uncovered. Among its findings was the statue of a goddess, about a meter height, which is now in the Heraklion Archaeological Museum. We continue towards Lagou and Pikiano, from where we return by the same road in a northerly direction.

• On route we can visit the Archaeological site of Malia, 3 kms east of the modern town of the same name. Malia was an important Minoan town with a palace equivalent in size to those of Knossos and Phaestos, but not so grand. The first palace was built around 1900 BC, was destroyed around 1700 BC, following which a new one was built. However, around 1450 BC, this new palace suffered the same fate. The ruins to be seen on the northwestern side, belong to the old palace, while the remainder of the ruins belong to the new palace.

• Many different options can be included in the basic program if requested, like: a visit in other famous monasteries of the area etc.

• We can arrange for our guests a unique lunch at a family run restaurant in Tzermiado followed by a brief cooking lesson from a member of the family.