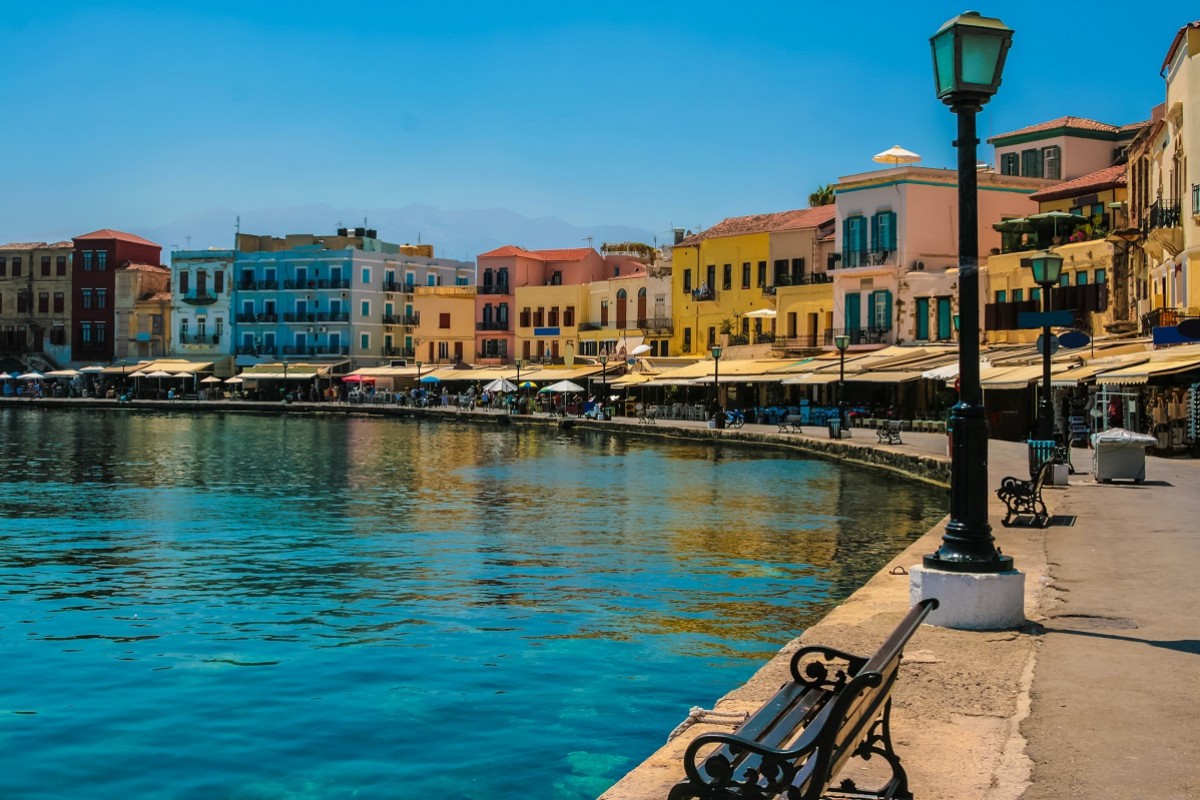 Chania is the most important town of western Crete, built on the eastern part of Chania bay, on the site of the ancient town of Cydonia. The town existed till late Byzantine period, when it was totally destroyed by the Saracens (828AD).

Chania is the most important town of western Crete, built on the eastern part of Chania bay, on the site of the ancient town of Cydonia. The town existed till late Byzantine period, when it was totally destroyed by the Saracens (828AD).

After the raid of the Arabs, the settlement was rebuilt, but remained a small and insignificant town. Because of the strategic position and the fear of the Saracens, the Byzantines built a new fortress on the hill now called Kastelli.

The Venetians, whose interests were well served by the town, rebuilt and inhabited the city in 1252. They first settled the Byzantine hill of Kastelli, where they built the Cathedral of Santa Maria, the prefect’s palace and the residences of the Venetian officers. At the foot of the hill, various settlements of Greek handicraftsmen started developing, which were called burgs. The burgs were destroyed in 1266 by the Genoese general Obertino Doria. 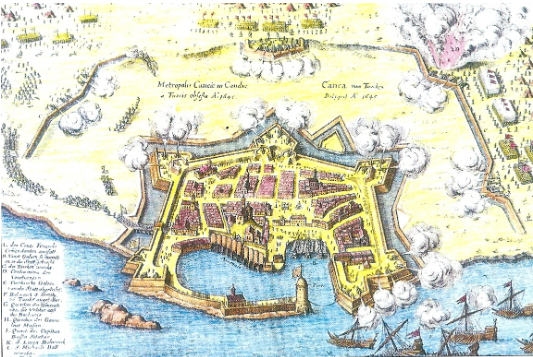 Afterwards, the Venetians decided to fortify the town with walls. The feudal lords asked the central government of Venice to build a walled precinct that would include the entire inhabited region, as it had developed till then. The fortification was finally decided in 1336. The works started immediately and were completed within 20 years. These were the first walls of La Canea castle, namely Chania.

It seems that the walls did not offer complete safety because they were low and, thus, they were later amended.  But still these interventions did not sufficiently improve the defending capability of Chania till 1536, when the Venetian military engineer Michel Sammicheli arrived in Chania and started building new walls around the old ones.

The walls had almost square shape, with an overall perimeter of 3085m, while a trench of 1942m, 10m depth and 50m width ran parallel to the walls. There were 4 bastions in the corners of the wall with a rampart on each one of them.

In the northwest corner was the bastion of San Salvatore or Venier or Griti, with the rampart of Revelino San Salvatore.

In the southwest corner was the bastion of San Dimitrio or Schiavo with the rampart of Lando.

In the northeast corner was the bastion of Sabionera or Monecigo with the rampart of Revelino Michel..

The embankments that were needed were constructed by the prefect Leonardo Loredan. The gate Retimiota (of Rethymno) was also built on the west side the walls, named after the road to Rethymnon that started from there.

Another gate was built on the east side of the walls. It was the gate of Sand (Sabionera), while on the western side was the gate Porto San Salvatore. All three gates could open to outwards without being protected by the ramparts, contrary to the gates of Candia (Heraklion).

The castle of Chania, 15 years before the conquest of Crete by the Turks in 1630, was equipped with 319 canons, 30695 canon balls and 413.274 lbs of gunpowder. Despite this strong fortifications, General Del Monte in 1591 stated that the town’s defense was inappropriate and suggested that it should be transferred to the site of ancient Aptera, overlooking Souda Bay. According to Del Monte the walls of the city were weak because there were very sharp angles, leaving some sides unprotected, were narrow in some places and the ramparts were very small. As expected, this proposal was never approved by Venice.

The Turks conquered Chania on August 22, 1645, after opening a crack in the walls, near the bastion Shiavo. They immediately restored the ruined walls and later renovated and modernized them. They renamed the gate of Sabionera to Kum Kapi and the gate Retimiota to Kale Kapisi (Castle gate). Near Retimiota gate the Turk built the mosque of Hussein Pasha, the minaret of which was used for ordering closing or opening the gate. This gate was from where the last Turkish soldier left Chania on November 3, 1898.

In front of the door Kale Kapisi was a square, now called Kotzampassi, with a tree on which the Turks hung the Christians. The Bishop of Kissamos region, Melchizedek, was also hung here in 1821.

The walls of the castle of Chania were in good condition till the early 20th century, when the were demolished for building houses and flat blocks. Today there is almost nothing left on the south side, while the visitor can see some walls parts of the west side (bastion Shiavo, rampart Lando, bastion San Salvatore or Firkas).